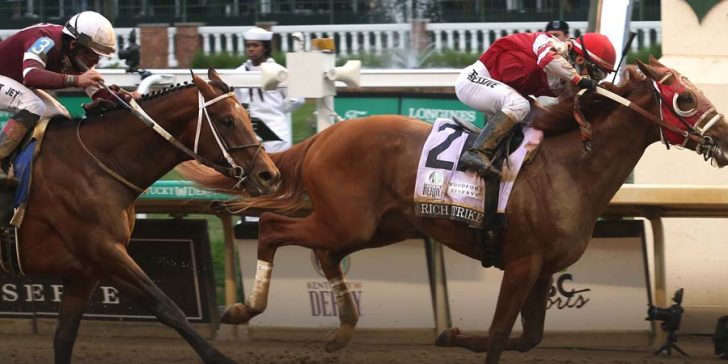 LOUISVILLE, Ky. – The 2022 Kentucky Derby has come to an end and it was a historic one being that not only the biggest underdog, Rich Strike, won the race, but also because it was the largest betting handle in Kentucky Derby history.

It was reported that legal online betting sites took in a $179 million betting handle.

Something eye-opening about this though is that of the record-high $179 million handle, only $501,135 was bet on Rich Strike’s Kentucky Derby odds, just 1% of the total bets.

At +8200 odds prior to the race, an estimated $41 million was paid out to those that took the ultimate risk. That left sportsbooks with an estimated $138 million that they collected.

Betting History Behind The Underdog

Underdogs in the Kentucky Derby have actually paid out more often than not in the modern era. Since 2000, three other horses aside from Rich Strike have won the derby with 50/1 odds or more.