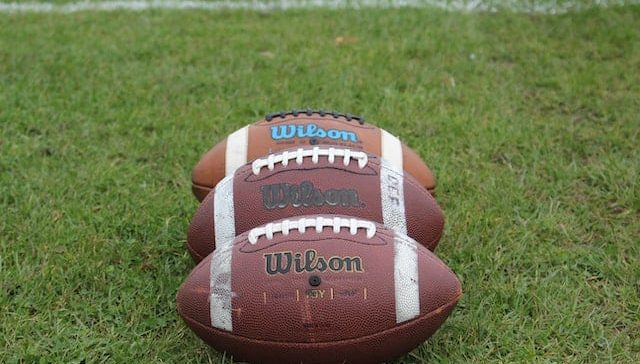 Following the Labor Day weekend, betting lines for Tennessee at Pittsburgh and Wake Forest at Vanderbilt have significantly shifted towards the “favorites” and higher scoring.

Both the Tennessee Volunteers and Vanderbilt Commodores are off to a great start this year.

However, in-state mobile sportsbook apps have shifted their opening lines early this week to reflect bettors’ inclination in the direction of higher combined scoring and better performances by favored teams.

The (#24) Tennessee Volunteers line for this Saturday afternoon’s matchup against the (#17) Pittsburgh Panthers at Heinz Field opened at -3 with an Over/Under total of around 64 points.

But Tuesday odds published by VegasInsider reveal that Tennessee is now fetching a higher premium – as FanDuel Sportsbook TN and other in-state books have moved the line all the way to -6.5. The projected Over/Under total combined score has correspondingly increased and currently sits at 66.5.

Bettors have also baked in a much more lenient line for the 2-0 Vanderbilt Commodores, who are listed as +10 underdogs in Nashville against the (#23) Wake Forest Demon Deacons as of Tuesday afternoon at Caesars Sportsbook Tennessee.

The projected “Totals” line for that contest has spiked over 5% since the weekend from 60 points to 64 points.

As anticipated by college football sports fans and bettors alike, there have been a number of movements in the AP Top 25 Poll that reflect teams’ performances from the previous week.

The Vols are now ranked #24 in the nation entering Week 2 after being unranked during the preseason.

Those three teams have all moved up four spots in this week’s poll.

The (#13) Utah Utes dropped six spots following their 29-26 “Week 1” upset loss to the (#12) Florida Gators in Gainesville. Meanwhile, the Oregon Ducks are no longer a Top 25 team after their 49-3 blowout defeat to the (#2) Georgia Bulldogs in Athens.

Teams from the SEC now occupy to top 2 spots in the latest AP Poll: (#1) Alabama and (#2) Georgia. The (#6) Texas A&M Aggies are the other SEC team that is within the AP Top 10 entering Week 2 of college football.

Tennessee Titans star running back Derrick Henry suffered a season-ending foot injury midway through the 2021-22 NFL regular season but is ready to go for this Sunday afternoon’s matchup at Nissan Stadium in Nashville against the New York Giants.

Currently, the highest-paid running back in the NFL, the former Alabama Crimson Tide all-pro, is expected to be one of the offensive leaders of the team along with QB Ryan Tannehill and rookie WR Treylon Burks.

Titans Vs. Giants Watch Party This Sunday At Skydeck On Broadway

Local Tennessee Titans fans are encouraged to wear the team gear and colors this Sunday afternoon and attend the Official Watch Party at the Skydeck on Broadway.

Tickets for the live event are $150 per four-person table, which includes a $50 per-table food & drink hall pass. The broadcast sound will be turned “on” during the game as Watch Party attendees view the game on the huge rooftop Skydeck screen.

The NFL “Week 1” game will also be broadcast in its entirety on Fox Sports starting at 3:25pm Central Time this Sunday.