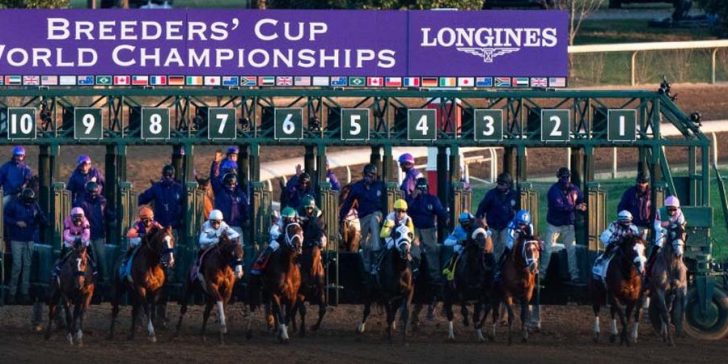 LEXINGTON, Ky. – Horse racing season is nearing with the 2022 running of the Breeders’ Cup Classic coming up on November 5. The early betting odds for the race have been set and there are three horses with opening odds to win set under +1000.

Sitting with the shortest odds to win the race, Flightline has all the qualities of a winning horse. The horse has had an incredible run in its four-race career having participated in four races and has won all four of them.

Flavien Prat, the jockey riding Flightline in the race, is also one of the more established jockeys in the game today holding the eight most wins of all jockeys. The only concern that some might have is that John Sadler, the trainer, does not match up with the others that have horses in the race. Out of 278 starts, Sadler has put up just 53 wins. Out of his last 14 races with a horse in it, only three have won.

Following Flightline, Life Is Good has the second shortest horse betting odds to win the race and is backed by not just past performances, but by an incredible supporting cast as well. In ten races in its career, Life Is Good has gone 10 for 8 in first place wins overall and 4 for 3 in 2022.

Backing the horse up, even more, is Todd Pletcher being the trainer and Irad Ortiz being the jockey competing in the race. Pletcher owns the seventh most wins of all time of any trainer at 5,385. As for Ortiz, looking at his last 11 races under Pletcher, he has finished inside of the top 3 five times including three wins.

Rounding out the horses with sports betting odds under +1000 to win, Epicenter should be considered one of the most valuable longshots that anyone could take. In nine career starts, he has put up five wins, however, in his last five races, he has put up three wins and two second-place finishes that came at the Kentucky Derby and Preakness Stakes.

Holding up his odds at the top of the odds board is the fact that Steven Asmussen is serving as the trainer. Asmussen is the winningest horse trainer of all time sitting with 9,867 first-place finishes for over $394 million in winnings.

The jockey riding Epicenter, Joel Rosario, has had a quiet 2022 only seeing 126 wins out of 609 starts. The leg up that Rosario has when riding Epicenter though is that the last time these two were paired at the Jim Dandy Stakes on July 30, they came away with a first-place victory.