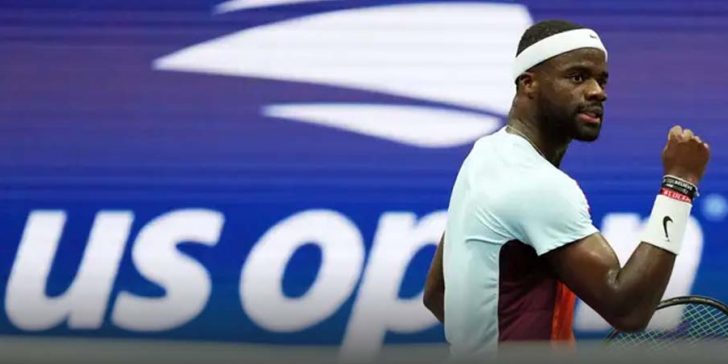 Frances Tiafoe has lost one set this entire US Open, giving him a large rest advantage versus Carlos Alcaraz.
Despite the rest advantage and superior performance, Tiafoe has +155 odds to defeat Alcaraz (-185).
Tiafoe has won 4/5 matches at the US Open 3-0, making his set betting prop for him to win 3-0 with +525 odds an excellent bet.

NEW YORK – A spot in the US Open is on the line when Carlos Alcaraz faces off against Frances Tiafoe inside of the Billie Jean King National Tennis Center.

Oddsmakers have given the young Spaniard Alcaraz the edge against the American Tiafoe in the Semifinals.

It is objectively fair to say that Carlos Alcaraz has flat out had a better season than Frances Tiafoe this year. Alcaraz has gone 43-9 overall, while Tiafoe has gone 21-18 in all of his matches.

The problem with betting on the US Open based on season-long stats is that they do not place enough emphasis on each player’s most recent play.

Betting on each player’s most recent play, specifically their last three matches at the US Open, makes it clear that Frances Tiafoe is the best bet to win the match with +155 odds. Tiafoe dominates Alcaraz based on the efficiency and quality of opponent statistics.
[Bullets]

Betting on Tiafoe is not strictly a bet on his efficiency though as it is extremely likely that Carlos Alcaraz may be wearing down.

Alcaraz has played in 48 and 58 games respectively over his past two matches, with his most recent match against Jannik Sinner not ending until 3:00 AM.

Alcaraz himself made it abundantly clear that he was exhausted after his match against Sinner.

Betting The Under For Alcaraz Versus Tiafoe

Betting on Frances Tiafoe via moneyline is an excellent option at legal sports betting sites, but there appear to be a few different paths to increasing payouts.

Betting the under as well as Tiafoe outright may be a strong bet considering both Alcaraz’s and Tiafoe’s history at the US Open.

Between the two of them, only two of ten matches have gone over 39.5 games. Those matches we both Alcaraz’s past two close victories.

Tiafoe’s dominance and edge in energy may even make this matchup a strong opportunity for tennis bettors to focus on his set props.

Tiafoe has won four of his five matches 3-0, and given his recent form, those +525 odds for Frances Tiafoe to advance to the US Open Finals via 3-0 victory may be the best bet remaining for the US Open.