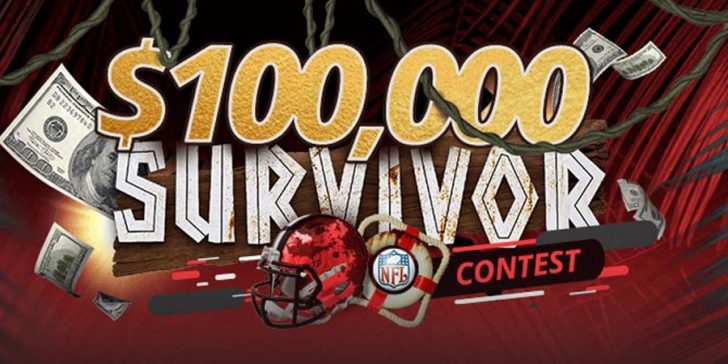 BetOnline offering a $500,000 NFL MegaContest for the upcoming 2022-2023 NFL season.
Circa Sports is offering $6 million in total guaranteed prizes for its Million Pro Football Contest.
Westgate is hosting $1,105,000 in grand prizes for its NFL contest.

LAS VEGAS – The 2022-2023 NFL season is approaching and sportsbooks are beginning to host major contests for the upcoming season.

BetOnline, DraftKings, Circa Sports, and Westgate Las Vegas are just some of the legal sportsbooks offering millions in combined prizes. Betting contests allow NFL bettors to cash in even more during the season.

BetOnline is offering up to $500,000 in cash prizes with its season-long handicapping contest. The contest begins in Week 1 and contestants simply need to pick five games against the spread each week.

Earn one point for every correct pick and half a point if it results in a push. The BetOnline contest allows for five entrees, with $100 for the first entry and a discount on every entry following.

To enter players must register in Las Vegas at the Circa Resort & Casino, Golden Gate Hotel & Casino. Once registered players can play the NFL betting contest from anywhere.

The prize pool is a $1,105,000 grand total for those who register at the Westgate Las Vegas Casino.

DraftKings is promising a $1 million prize pool for this year’s contest. Have up to 10 entries and the grand prize will be $250,000.

To play, pick one team each week to win but do not choose the same team more than once – survivor-style. The buy-in for this contest is an estimated $1,500.

Contestants must be in a state with legal sports betting that offers DraftKings to enter.