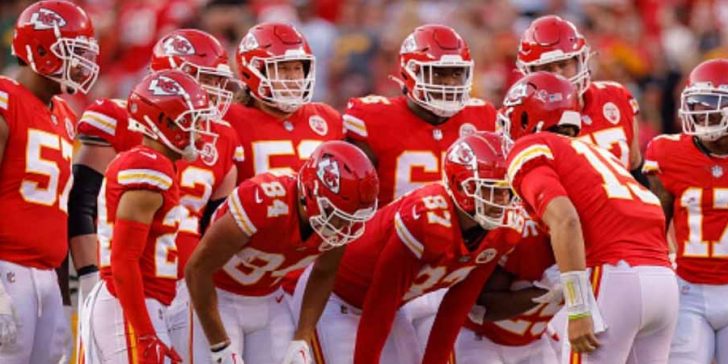 The Chiefs have -200 odds to beat the Cardinals and are 4.5 favorites but went 8-9 ATS (47.1) during the 2022 NFL regular season, giving more value to the moneyline.
Kansas City has not lost a season opener since the 2015 NFL season and won the two teams’ last regular season matchup in 2018 by 12 points.

GLENDALE, Ari. – The Chiefs are heading into their 2022 season-opening game with -200 odds to start the season off with a win against the Arizona Cardinals.

This opening game is taking place in Glendale, Arizona at State Farm Stadium, where the Cardinals lost five of their six regular season games in 2021.

Betting on the Chiefs Moneyline, Not Spread

Covering the spread in only eight games last regular season, the Chiefs are 4.5 favorites for their matchup with the Cardinals. Since the 2015 season, the Chiefs have not lost a season-opening game and have won by at least four points in all seven games played.

For this 2022 matchup, there is sports betting value in placing a wager on the Chiefs moneyline at -200, instead of betting on the Chief’s inconsistent spread record in 2021 at 47.1%.

The Chiefs opened the 2021 season against the Cleveland Browns with a 5.5 spread to cover and the Browns were +210 underdogs. The Chiefs did end up pulling through but did not cover the spread, winning by only four points.

However, there is value in betting on Patrick Mahomes to stay perfect in opening season games, especially with his new receiving threats in JuJu Smith-Schuster and MVS that were added during the offseason.

Even though the Chiefs had a rocky start to the 2021 NFL season after their week one win, they ended up finishing the regular season with momentum and won eight of their last nine regular season games.

The Cardinals, on the other hand, lost four of their last six regular season games in 2021 but still managed to complete an ATS regular season record of 10-7. This opening game is taking place in Glendale, Arizona at State Farm Stadium.

These two teams have not met in the regular season since 2018, and the Chiefs won 26-14 but did not cover the 16-point spread that was set before the game. Even with a poor ATS record, the Chiefs can open up the 2022 season by helping legal NFL bettors win big and lengthening the opening game win streak to eight.