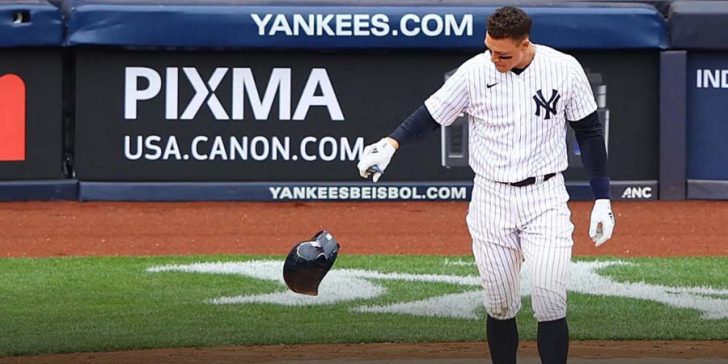 The New York Yankees are large betting favorites (-320) against the Baltimore Orioles tonight.
Betting on large underdogs against the Yankees has proven to be a great bet.
Orioles’ pitcher Jordan Lyles has a history of pulling off large upsets.

NEW YORK – Gerrit Cole takes the mound on Monday for the New York Yankees in their AL East matchup against the Baltimore Orioles. The Yankees come in as heavy favorites, but that has not always proven to make them a great bet.

Betting Against The Yankees As Large Favorites

Legal sports betting sites have the Yankees as large favorites with their -320 moneyline odds suggesting this is the biggest favorite they have been all season.

Dating back to last season, the Yankees are just 1-3 outright as favorites when their moneyline odds are between -300 and -400. MLB bettors would have been up 7.55 units had they bet just a single unit on the underdog moneyline in each of those four games.

In Gerrit Cole’s last home start as a -300 or greater favorite, the Yankees got blown out by the Cleveland Guardians 11-1. Bettors would have made 2.85 units on a single unit bet.

Stacking Up The Pitchers

Gerrit Cole is a household name. After signing as a free agent for over 300 million dollars, he is expected to perform like an ace. He has so far this season, and his Cy Young odds back that up.

Cole’s counterpart in tonight’s game is Jordan Lyles. Lyles is typically regarded as more of an innings eater than an ace, but he slightly outperformed that status this year according to his statistics on the AL leaderboards. In six games Lyles ranks 23rd in the AL in ERA (4.11), is tied for 14th with Cole (he’s also pitched two more innings) in home runs given up in the AL, and is 18th in the AL in strikeouts.

Betting Lyles as a heavy underdog has paid off as well. He has won two of his three career starts that his team has had odds of +250 or longer.

Large underdogs have been a boom against the Yankees, and Jordan Lyles’s past performance shows that he may lead another upset.