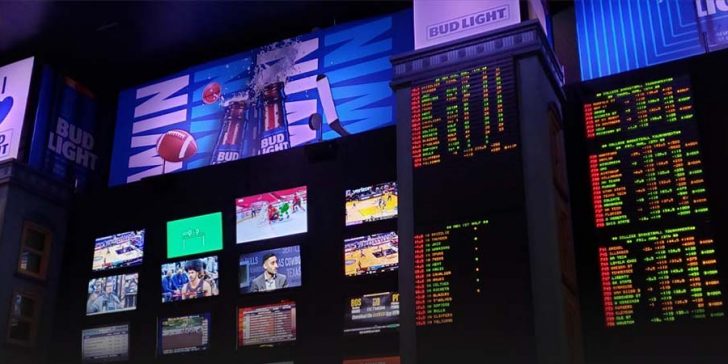 The California Solutions to Homelessness and Mental Health Support Act has qualified for the 2022 November ballot.
Now both sports betting bills will officially be put to a vote by Californians.
The Coalition for Safe, Responsible Gaming has responded, reaffirming its stance against the bill and responded to the announcement that it will be on the ballot officially.

SACRAMENTO, Calif. – The California Solutions to Homelessness and Mental Health Support Act has officially been set to be on the November 2022 ballot after being qualified by Secretary of State Shirley N. Weber.

Both this initiative and the California Sports Wagering Regulation and Unlawful Gambling Enforcement Act (Tribal Sports Wagering Act) will be voted on come election time. One bill needs to pass in order for the regulated market to go live.

The Coalition for Safe, Responsible Gaming opposes the Homelessness Act as it will bring online sportsbooks to California. The Coalition has responded to the announcement.

The Homelessness Act gaining qualifications is not too shocking for those paying attention to the California betting saga.

There is a lot of promotion being pushed for this bill as it is backed by major sports betting companies like FanDuel and DraftKings who aim to operate in the Golden State if the bill successful passes.

The Tribal Sports Wagering Act is backed by local tribes who want sports betting to exist, but only on tribal grounds. The tribes have not been quiet about their opposition to the Homeless Act.

“The Corporate Online Gambling Proposition would legalize online and mobile sports gambling – turning virtually every cell phone, laptop, tablet and gaming console into a gambling device, increasing the risks of underage and problem gambling,” said Cody Martinez, Tribal Chairman, Sycuan Band of the Kumeyaay Nation. “We will run a vigorous campaign against this measure and are confident the voters will see through the deceptive promises being made by these out-of-state gambling corporations.”

The coalition, a collection of 22 tribes, has continued to campaign for the Tribal Sports Wagering Act which is also backed by the California Secretary of State. While the Homeless Act has gotten the majority of the promotion, the tribes have confidence in their bill swaying voters.

November will be the final push for the future of sports betting in California.