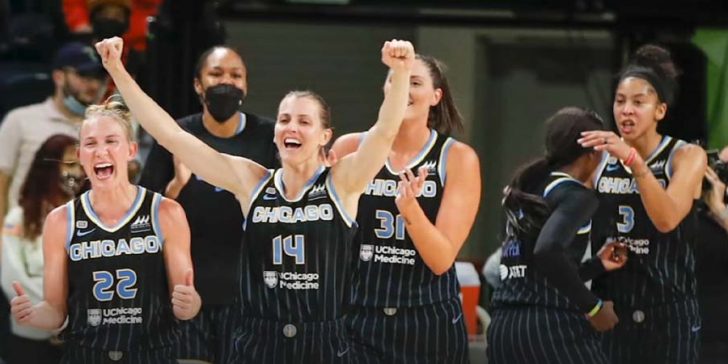 The Las Vegas Aces are favored to win the WNBA Finals with +180 odds.
The Chicago Sky have +190 WNBA Championship odds.

CHICAGO – In recent days, the Chicago Sky have asserted themselves for one last push to take over the WNBA Championship odds on the Las Vegas Aces.

The Sky had +240 odds one month ago but only lost two games in that span, giving them the best record in the league at 23-8 – one game ahead of the Aces. In the 12 games that they’ve played since July 1, they’ve put up 89+ points in seven of those outings.

The Aces have held their ground as the best team in the league on paper for the last month. With +150 WNBA odds in the beginning of July, they are also the highest scoring team (90.1 ppg) ahead of the Sky by five points.

The WNBA Playoffs are just under one month away and this is the closest any team has gotten to the Ace’s WNBA sports betting odds throughout the regular season.

The two teams have faced off twice this year, splitting the series with both finishing within a single-digit margin. In general, a bet on either side would be considered a safe bet to make at this point in the season.