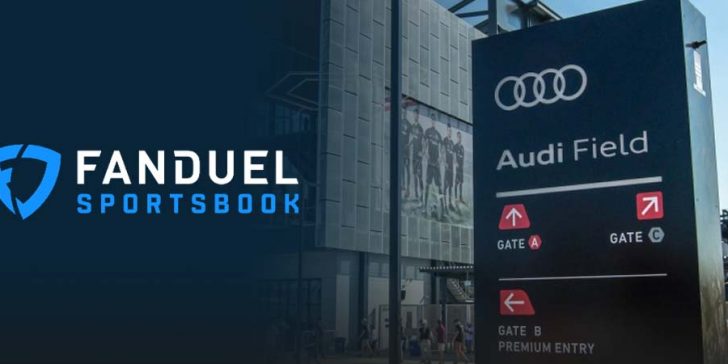 FanDuel Sportsbook launched in Washington DC in mid-July, but still, put up a respectable handle while dominating other sportsbooks when comparing rate statistics.
Despite factors working against long-term exponential growth, FanDuel is likely to grow its revenue within the nation’s capital due to football season and month-long availability.

WASHINGTON – After just its first month of operation within Washington DC, with only a retail sportsbook at its disposal, FanDuel Sportsbook has officially flexed its muscle within the nation’s capital.

FanDuel has yet to launch a sports betting app and opened part way through the month, on July 8th, yet the sports betting giant still dominated its competitors. That domination can especially be seen when using the DC Lottery report for July when comparing just how much gross revenue FanDuel made per bet placed compared to the capital’s other privately owned betting options.

Multiple factors are in play when attempting to grasp FanDuel’s room for growth in Washington DC. Some of those influencing factors imply significant growth is still ahead, yet other obstacles suggest that there is still a clear cap on the sportsbook’s long-term success in DC:

Pro: FanDuel dominated based on hold percentage and did well for itself considering it did not open until the second week of the month.
Con: Without a mobile app, which if launched could only extend two blocks outside of Audi Stadium, FanDuel can not compete with GamebetDC.
Pro: July was not a month full of prime-time sports betting opportunities, and football season is right around the corner which promises to increase the total handle.
Con: Located within Audi Stadium, FanDuel is at a distinct disadvantage playing a soccer stadium. DC United plays just two home games this month, compared to 14 games at home for the Washington Nationals where BetMGM is located.

Despite all those factors working against each other, it is likely that FanDuel Sportsbook continues to grow throughout football season. There may be a natural limit that they eventually reach without a mobile app and given their location, but FanDuel Sportsbook appears poised to continue dominating in Washington DC.