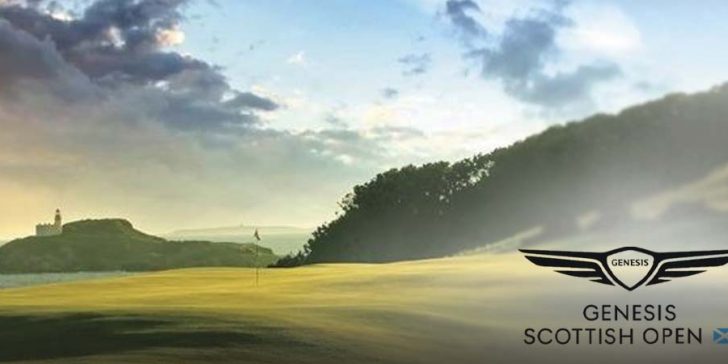 The Scottish Open tees off with stars such as Jon Rahm(+1200), Justin Thomas(+1400), and Scottie Scheffler(+1400) listed as favorites.
Combining strokes gained off the tee and putting reveals that Jon Rahm may be the second-best bet at the Renaissance Club behind Adrian Meronk(+8000).
Meronk(+8000) ranks inside the top five for both strokes gained putting and off the tee and has a dominant history on the DP World Tour.

NORTH BERWICK, U.K.- The Scottish Open tees off Thursday morning with a loaded field made up of many PGA Tour and DP World Tour stars.

Odds For The 2022 Scottish Open

Betting On The Scottish Open

Part of what makes The Scottish Open so intriguing is the layout of the golf course. The Renaissance Club is considered a faux links-style course according to Patrick McDonald

The different style has industry analysts suggesting the best way to bet on the Scottish Open is to look for dominant drivers and putters of the golf ball.

Combining the strokes gained statistics off the tee (OTT) and putting (PUTT) from both the PGA Tour’s and DP World Tour’s websites indicates that longshot Adrian Meronk (+8000) may be the best betting value this week.

Top Golfers At The Scottish Open

That list of golfers contains four golfers with +6600 odds or longer and betting favorite Jon Rahm (+1200). Seeing how well Jon Rahm ranks in the model adds some additional credibility to betting based on the driver and putter.

Adrian Meronk may be a relative unknown to American golf bettors, but in Europe, he has been a powerhouse. In his last five DP World Tour events, he has finished within the top six three times, including one at the Horizon Irish Open.

Line shopping odds for Meronk reveal that online sportsbooks are relatively high on him as well. Bovada and BetOnline have given him the longest odds, which still rank within the 30 shortest of the event.

With long sports betting odds and the best combination of strokes gained off the tee and putting, Adrian Meronk may be the best bet at the Scottish Open.