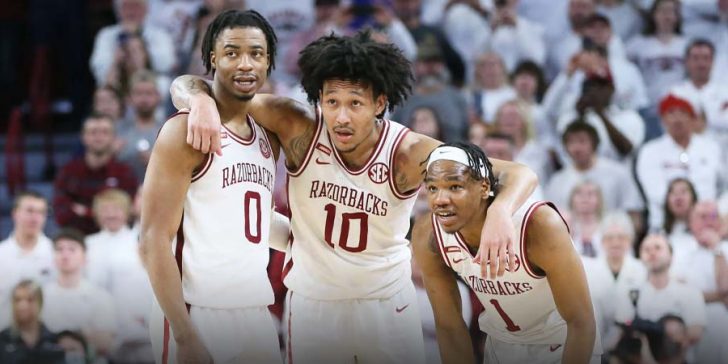 SAN FRANCISCO – Two of the four Elite 8 matchups are set in March Madness for Saturday. Starting off the round are the #2 Villanova Wildcats and #5 Houston Cougars. The second game of the day will be between the #2 Duke Blue Devils and #4 Arkansas Razorbacks.

As the odds sit right now, online betting sites have Houston favored to beat Villanova while Duke is the favorite over Arkansas.

This matchup between the Houston Cougars and Villanova Wildcats could be the turning point for the Cougars. Yes, they are a #5 seed in the tournament but have been playing far beyond that as they have dismantled each team that has come their way in March Madness by double-digit margins.

Their most recent win might’ve been their peak as they took down the #1 Arizona Wildcats by 12 points after going in as a 1.5-point underdog.

Villanova could see some struggles in this one as this is arguably their toughest matchup yet and they have begun to slow down. Although they are 3-0 against the spread in the tournament, their win margins have come down after winning their first game by 20, their second by 10, and their third game by 8 points.

With Houston coming in on a six-game streak ATS, their CBB odds on the spread could be worth the risk.

Coach K’s last dance continues after they took down the Texas Tech Red Raiders in the Sweet 16 as an underdog. They now face a matchup against the Arkansas Razorbacks who completed the biggest upset by defeating the #1 overall seed Gonzaga Bulldogs.

Duke has been a high-powered offense in March Madness as they’ve scored 78+ points in all three games while going 2-1 ATS. They have also been one of the hottest teams in the country in their last 14 games going 12-2. The Blue Devils have also been winning their games by an average of 12.8 points.

As for Arkansas, yes, they knocked off Gonzaga, but have been ice cold ATS in their last four going 1-3. Overall, they have been barely covering the spread this season with a 0.4-point cover margin.