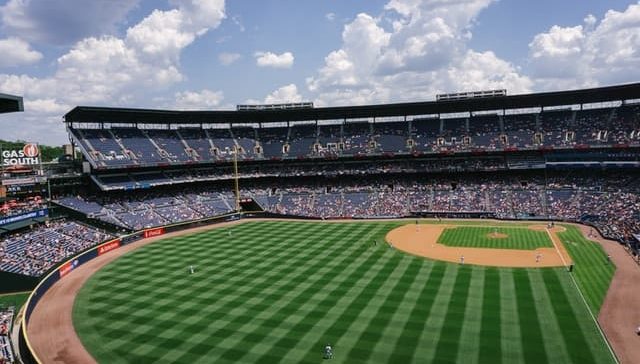 This year’s MLB draft class featured four first round picks combined from the Commodores and Volunteers.

The all-star reputation of college baseball in the state of Tennessee was further bolstered last week, as a total of four players from the Commodores and Volunteers programs were picked in the first round of the 2022 Major League Baseball Draft.

Leading the way was former Vanderbilt right-handed ace Kumar Rocker, selected by the Texas Rangers as the #3 overall draft pick. Kumar led the Commodores to a 2nd Place finish in the 2021 College World Series. The Georgia native will be an imposing presence on the mound at 6 feet, 5 inches tall.

Rocker went 14-4 in the 2021 Division I campaign with Vanderbilt with a 2.73 ERA in 20 starts over the span of 122 innings. Rocker was selected by the New York Mets in the 2021 MLB Draft as the #10 overall pick, but negotiations fell apart after the Mets withdrew their bonus offer.

This year, the Texas Rangers have already managed to secure Kumar Rocker thanks in part to a $5.2 million signing bonus agreement, according to the Associated Press.

With the #25 overall pick in the 2022 MLB Draft, the New York Yankees selected Vandy utility player Spencer Jones. Originally from the state of California, Jones was extremely impressive in the batter’s box this year and is likewise a unique athletic specimen at 6’7” tall. Jones throws left and bats left, and had consecutive games in 2022 in which he had a perfect outing in the batter’s box.

The Tennessee Volunteers baseball team, who spent much of the regular season ranked #1 in the country, had two of their all-star players chosen in the first round of this year’s Major League Baseball Draft.

Stillwater native Drew Gilbert was instrumental in the Volunteers’ record-breaking 2022 Division I baseball campaign, and was selected in the first round at #28 overall by the Houston Astros.

Jordan Beck was chosen at #38 overall by the Colorado Rockies (Competitive Balance Round), which ensured that both the Commodores and Volunteers had multiple first round draft picks in 2022.

Both the St. Louis Cardinals and Cleveland Guardians are in a position in which they could qualify for one of the three Wild Card spots in the 2022 Major League Baseball postseason.

Cleveland is right at .500 in the AL Central while the Cardinals are currently on the Wild Card bubble in the National League Central Division.

Due to changes in the postseason format this year, a total of six teams will qualify for the postseason from both the American League and National League – meaning 12 teams total will appear in the MLB Playoffs this October.

Now that the 2022 college baseball season has concluded, formally licensed and fully-legal Tennessee sportsbook apps are focusing on the second half of the 2022 Major League Baseball season with competitive odds on a wide range of professional baseball betting types.

Customers in Tennessee who are at least 21 years of age can place real money wagers online ranging from point spreads and money lines to over/under and single game parlay bets within the Volunteer State.

It only takes a few short minutes to sign-up and make a deposit thanks to the wide variety of banking options available.

Bettors in Tennessee who are anxiously awaiting the start of the 2022–23 NFL regular season can get started with “futures” bets for their favorite hometown team while checking out our exclusive TNBets Sports Betting Guide for all the football betting particulars.

Learn how to bet on sports in Tennessee legally and get involved in the fully-licensed online sports betting market in the Volunteer State today!