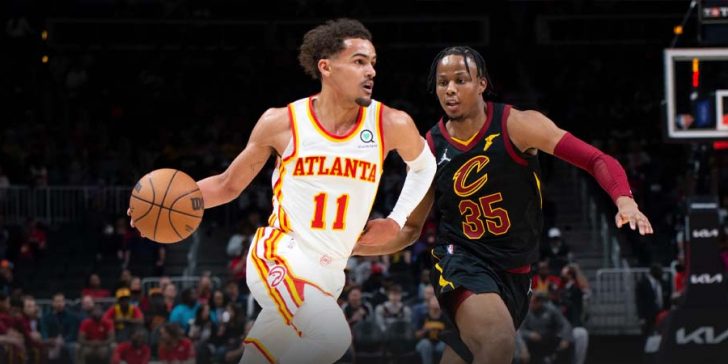 The Atlanta Hawks have -110 odds to cover a 2.5-point spread against the Cleveland Cavaliers.
The Hawks originally opened up as a 1.5-point favorite.
The Hawks are seeing 86% of the total bets on the spread.

CLEVELAND – The Atlanta Hawks and the Cleveland Cavaliers will face off in the final play-in game in the Eastern Conference. There is a lot on the line in this game as the winner will go on to face the #1 seeded Miami Heat in the first round of the NBA Playoffs.

As the odds currently sit right now, online betting sites have the Hawks listed as the slight favorite despite the game taking place in Cleveland.
Atlanta Hawks Vs. Cleveland Cavaliers Odds

The Hawks NBA odds on the moneyline currently sit at -140 and are taking in heavy action as well.

They are seeing 78% of all moneyline bets placed and 86% of the money that is being bet. These odds did shift though as the Hawks’ opening line was set at -120 before heavy action caused the shift.

Looking at the spread, the Hawks’ heavy action has also caused the line to be very active. Their side of the spread is seeing the most action on the betting lines with 86% of bets and 91% of the money.

The spread originally opened with a 1.5-point spread before shifting up to 3 points and eventually setting where it is now at 2.5. One thing to note about the spread here is that Atlanta has done a solid job when a favorite on the road while Cleveland has struggled as a home underdog.

Atlanta is averaging a winning margin of 4.1 points on the road while Cleveland is failing to cover the spread by -2.6 points on average. Atlanta is also 3-1 ATS against Cleveland overall this season in their four games.

As for the total points, this has been a hard one to gauge as the public has been evenly split on the betting handle with 50% of the money on both sides.

On the total bets though, the over is taking 65% of the action. The confusing part about the total though is that it has come down three points from the 226 it opened at.