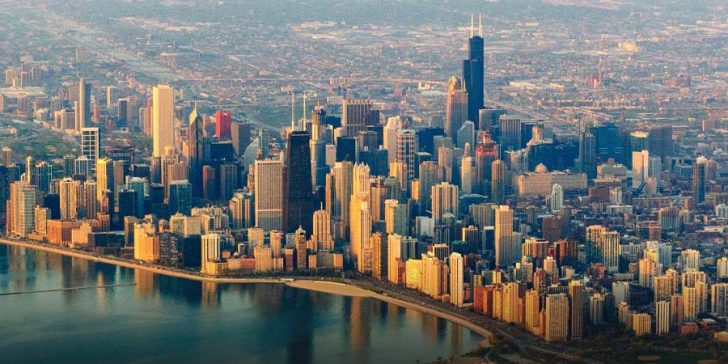 A special committee of the Chicago City Council voted 27-3 in favor of Bally’s Corporation to launch its casino and sportsbook in Chicago.
The full City Council is set to vote within the week.
Chicago Mayor Lori Lightfoot is likely on board to quickly approve a casino ahead of elections.

CHICAGO – Chicago is now one step closer to hosting a retail casino and sportsbook as Bally’s Corporation gets preliminary approval from a Chicago City Council special committee.

The special committee voted in favor of Bally’s proposal 27-3. The full committee is expected to meet this week and will likely approve the new casino and sportsbook in Chicago.

Earlier in May, it was announced that Bally’s was selected as a preferred bidder to earn the prime spot at Chicago Avenue and Halsted Street in River West.

“We would like to thank Mayor Lightfoot and her office for conducting a tough, but fair, RFP process, and for selecting Bally’s Chicago as the preferred bidder for the City’s casino,” said Soo Kim, Chairman of Bally’s Corporation’s Board of Directors. “Our vision is that Bally’s Chicago will be of the people, by the people, and for the people of Chicago. Chicago is a unique and vibrant city, deserving of a world-class gaming and entertainment destination that drives the local economy, supports local labor, creates multigenerational wealth for minority investors, and showcases the best of what the City has to offer. We look forward to continuing to work collaboratively with the City Council and various City departments, the CFL, the Illinois Gaming Board, and all of our valued community partners on this exciting endeavor.”

This casino is set to cost Bally’s Corporation $1.7 billion to build, with a temporary casino at Medinah Temple in River North expected to go live while the main location is under construction.

Chicago Mayor Lori Lightfoot is likely pushing to have the final vote take place quickly. Once approved, Bally’s is set to pay the city $40 million to secure the location upfront.

This money is to be used for police pensions, something Lightfoot needs to be secured ahead of re-election in order to avoid an increase in property taxes.

The casino will bring a retail legal sports betting operation to the downtown Chicago area as well.

In total, it is projected to see Chicago rake in over half a million dollars daily in taxes. Sports betting has already been a massive success in Illinois with the multiple teams in Chicago raking in hundreds of millions in bets monthly.

“This casino needs to generate about $550,000 a day in taxes,” said Brendan Reilly, City Council President. “For that to happen, the casino would have to win $1.4 million-a-day, all 365 days-per-year, with no accounting for snow, protests, crime, January and February in Chicago every year, etc., etc. Assuming every patron wagers $3,000 daily, which is never gonna happen, the casino will need to see 9,300 patrons every day of the year. Given the number of casino positions, that’s not likely to happen.”

Chicago will be a hub for both casino gaming and sports betting once the vote is finalized and the casino is operational. A new age in Chicago gaming is incoming.