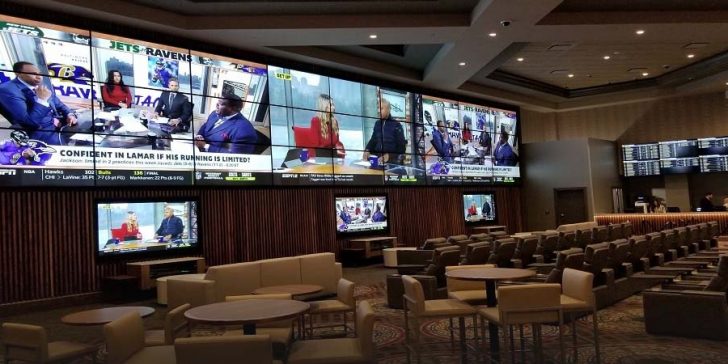 According to March’s revenue report released by the Indiana Gaming Commission, Indiana’s sportsbooks generated $476.8
million in wagers and $32 million in revenue during March.
This pushed the total betting handle to over $1 billion since launch.

March’s large handle led to over $32 million in sports betting revenue, the third-largest revenue figure since the market launched.

The $32 million in revenue was good for approximately $3 million in tax revenue contributions.

One of the main reasons for the historically solid month for Indiana’s sportsbooks in March was March Madness betting.

According to March’s monthly financial report published by the Indiana Gaming Commission, $274 million of the $476.8 million total betting handle was wagered on basketball.

Football and baseball – out of season in March – generated just $2 million and $1.5 million in wagers on the month respectively, with “other sports” contributing the remaining $76.5 million.

As is the case in most jurisdictions that offer both online and retail sportsbooks, the vast majority of March’s legal sports betting handle came via online sportsbooks.

Indiana’s top-performing sportsbook during March – from a handle perspective – was Ameristar East Chicago and their affiliated online DraftKings and theScore sportsbooks, handling $145.9 million in wagers and generating about $7.5 million in revenue.

While March was a very strong month for Indiana’s sportsbooks, they now enter what have typically been slower sports betting months, meaning it may be difficult for the market to match its March performance.

April will be the first month to feature regular-season MLB games in 2022, which should serve to buoy Indiana’s financial figures when combined with the NBA playoffs.

On top of the return of MLB, new entrants to the Indiana sportsbook market could help the industry maintain its trajectory.

There are five other sportsbooks trending towards launch – PlayUp Sportsbook, MaximBet, SI Sportsbook, fubo Sportsbook, and Hard Rock Sportsbook – and it is possible that a handful of these operators launch in April. If they do, it could help Indiana match March’s financial figures.