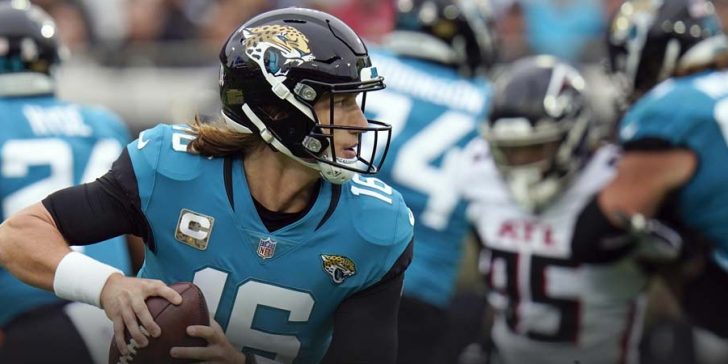 The Jacksonville Jaguars broke the NFL record for most money spent in free agency at $175.3 million.
The Jaguars win total for the season is 6 with -110 odds on the over.

JACKSONVILLE, Fla. – Going into the 2022-23 NFL season, the Jacksonville Jaguars went on a spending spree in free agency. The Jags broke the record for most money spent in a free agency period with $175.3 million.

That includes six contracts that are worth over $20 million.

While the Jags are still considered a rebuilding team in the league, the one area that this could affect them is their win total for the season. The Jaguars odds on legal sports betting sites for their win total are -110 to go over 6 wins and -120 odds to stay under 6 wins.

Where things get interesting for the Jaguars NFL betting odds though is that over the last five seasons, the team that has spent the most in free agency has added three wins to their total from the season before.

Four of these five teams hit the over on their win total odds in those seasons after spending big in free agency. The Jets are the lone team to not hit the over, but they did come close as their total was set at 7.5, and won 7 games.

With the Jaguars only winning just three games in 2021, they have tons of room to improve in 2022 and definitely made the moves to do so making the -110 odds on the over a valuable play.