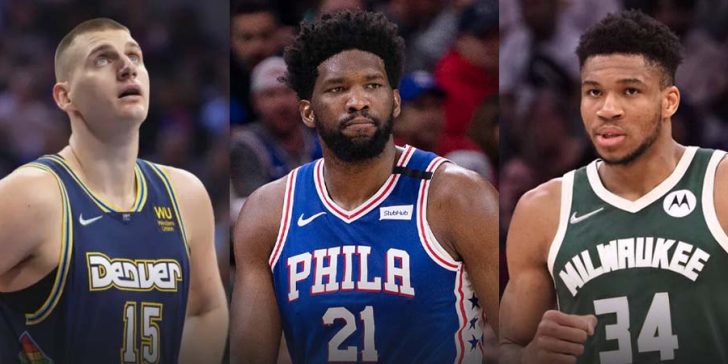 A recent poll of writers and dominant performance made Nikola Jokic the odds-on leader for MVP.
Voting on Jokic does not indicate recency bias, it is a vote on a dominant statistical campaign.

DENVER – Nikola Jokic has now overtaken Joel Embiid for MVP front-runner, with the NBA regular season finish line now in view. The MVP is a regular season-only award, and the front runners must put the finishing touches on their potential MVP campaigns by April 10th.

Current NBA MVP betting odds indicate that it is a three-man race between Nikola Jokic, Joel Embiid, and Giannis Antetokounmpo.

Nikola Jokic was an underdog to win MVP just two days ago, at least according to legal online sportsbooks.

That poll may have been influenced by how Jokic had performed the night before against the Charlotte Hornets when he had 26 points, 19 rebounds, and 11 assists for his NBA-leading 19th triple-double of his season.

In fact, this is the only time this season that Jokic has been the front-runner to repeat as MVP this season. Neither Jokic, Embiid, or Giannis came into the season as the favorite for league MVP, that was actually Luka Doncic at +440.

How MVP Odds Have Changed Throughout The Season

MVP voting is all about splitting hairs, and it is not meant to diminish the seasons any of the players have had so far.

There are a couple of advantages for Nikola Jokic that may give him a slight edge relative to Joel Embiid and Giannis Antetokounmpo:

Availability: Jokic has played in eight games more than either player. Denver has five games remaining, Philadelphia and Milwaukee both have seven.
Passing: Already regarded as the greatest passing big man of all time, Jokic is averaging eight assists per game compared to 5.8 for Giannis and 4.3 for Embiid.

Historic seasons by Joel Embiid and Giannis Antetokounmpo have been incredible, but the odds indicate that Nikola “The Joker” Jokic will have the last laugh and take home the NBA MVP trophy for a second straight year.