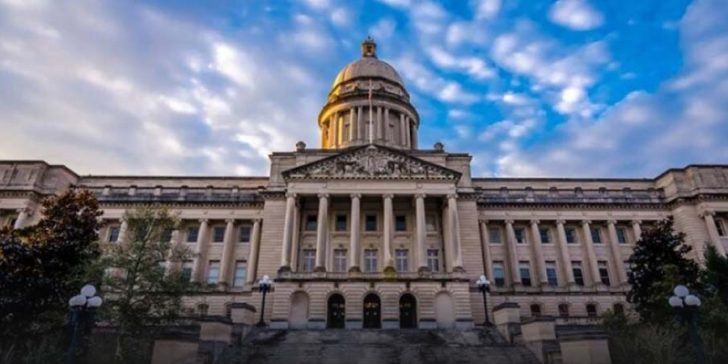 Kentucky’s sports betting bill, HB 606, has already passed through the Kentucky House of Representatives by a convincing 58-30 vote.
Despite passing relatively easily in the House, the bill has hit a roadblock in the socially-conservative Kentucky Senate, where views on the bill are split geographically.

FRANKFORT, Ky. – When Kentucky’s sports betting bill passed in the House of Representatives by a 58-30 vote, it was expected to see some difficulty in the Kentucky Senate.

With HB 606’s arrival in the Kentucky Senate, those fears were confirmed.

The Kentucky Senate is widely considered to be overwhelmingly socially conservative, and many members of the legislative body are against any form of gambling at all – this has led the sports betting bill to run into a roadblock.

This stance stands in contrast with everyday Kentuckians in the central and northern region, who strongly desire a state-regulated sports betting market.

Despite this inconsistency, lawmakers believe that legal sports betting still has a fighting chance in Kentucky.

Sports Betting Still Has A Fighting Chance In Kentucky

Thayer has been a proponent of making Kentucky sportsbooks a reality; however, he also sees the potential difficulties the bill could have in the uber-conservative Kentucky Senate.

“A lot of my caucus members, especially from the rural areas, aren’t for it. Even assuming that most of the Democrats will vote for sports betting, when I walked out of here last week, we still did not have enough votes to pass it,” said Thayer.

“The Only Thing People Want To Know Right Now”

According to Thayer, the disconnect is largely a geographical one. Constituents coming from rural areas in Kentucky largely disapprove of gambling expansion of any sort, while constituents located in more urban areas are in support of sports betting.

“You can tell in the way I talk about it and the way President Stivers talks about it, we’re from different parts of the state,” said Thayer.

“Where he comes from, it’s probably not a big deal. But where I live – I cannot walk out the front door of my house in Georgetown, or go to a restaurant in Lexington or Georgetown, or work out in my gym in Georgetown, and not be asked ‘what about sports betting?’ The areas I represent – Northern Kentucky and Central Kentucky – it’s a big deal and it’s the only thing people want to know about right now,” Thayer explained.

While sports betting certainly has its share of support in the legislature and constituency, it may not be enough. Senate President Robert Stivers believes that the bill has “a difficult time” ahead of it.

As a result of this public position, The Family Foundation has taken a stand against the possibility of sports betting in Kentucky.

The group calls the proposed sports betting bill “an expansion of predatory gambling,” adding that the bill “will only further impoverish Kentucky’s poor by taking money from the hands of Kentucky families and shifting it to the wealthy gambling industry.”

Congressional supporters of the bill strongly disagree with The Family Foundation’s stance, Thayer in particular.

“I don’t think it’s going to hurt society if people make the choice, of their own free will, to walk into the Red Mile to bet on the Super Bowl, or the Masters, or the Final Four, I just don’t see it,” said Thayer.

What Will Happen Next?

The legislature faces an upcoming deadline for the passage of the bill: April 13. If the bill does not pass by the prescribed deadline, sports betting will go back to the drawing board.

With the geographic disparity in attitudes towards sports betting, a Louisiana-type sports betting market may be in order, allowing each district to vote to decide if they want to host sportsbooks in their region.

One thing is for sure: even if this bill does not pass, sports betting has to be addressed sooner rather than later – but do not count HB 606 out yet.