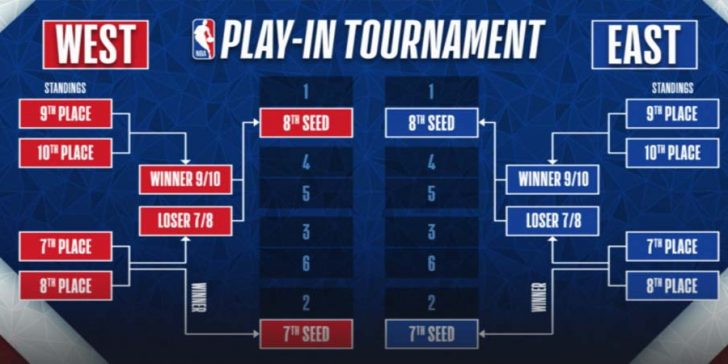 The Cleveland Cavaliers have -105 odds to cover an 8-point spread on BetOnline.
The Minnesota Timberwolves have -135 moneyline odds on Bovada.
There is a 237.5-point game total between the Atlanta Hawks and Charlotte Hornets on BetOnline and MyBookie.
The San Antonio Spurs have +175 odds to win on BetOnline.

LAS VEGAS – The NBA Play-In tournament takes place on Tuesday night with the first two games being played. On Tuesday night, the Brooklyn Nets are taking on the Cleveland Cavaliers while the Minnesota Timberwolves are going against the Los Angeles Clippers. On Wednesday, the Atlanta Hawks and Charlotte Hornets will face off and the New Orleans Pelicans are playing the San Antonio Spurs.

In order to find the most value when betting on these four Play-In games, it is best to take the odds on the legal online sportsbook whose odds offer that value.

In the first Play-In game between the Nets and Cavaliers, Bovada, BetOnline, and MyBookie each have the NBA odds on the spread set at 8 points in favor of Brooklyn. However, not all of them have the same odds for them to cover.

When betting on the spread with MyBookie or Bovada, there are standard -110 odds for both teams to cover. On BetOnline though, the Nets were given a slight -115 edge while the Hawks are at -105 odds to cover.

When betting on the moneyline odds between the Timberwolves and Clippers, there are different odds as well. Starting with Minnesota, Bovada has given them -135 while BetOnline has them at -140 and MyBookie at -145. Bovada clearly offers slightly more value where $100 would profit $75 if they win.

Looking at the point total in this one, it is set as the highest of all four play-in games being that these two teams are in the top-6 in scoring in the league. At Bovada, they have given the game a 236.5 total while BetOnline and MyBookie have it at 237.5. While the one-point difference might not seem drastic, when betting on the game total, it makes all the difference.

To put it simply, when betting on the Over, it is best to take the line at Bovada while the line at BetOnline and MyBookie is better for the Under as it is set higher.

In this matchup between the Pelicans and Spurs, each online sportsbook has the Pelicans favored at -200 for a $50 profit on a $100 bet. The Spurs odds though are slightly more valuable on BetOnline than the other two online books.