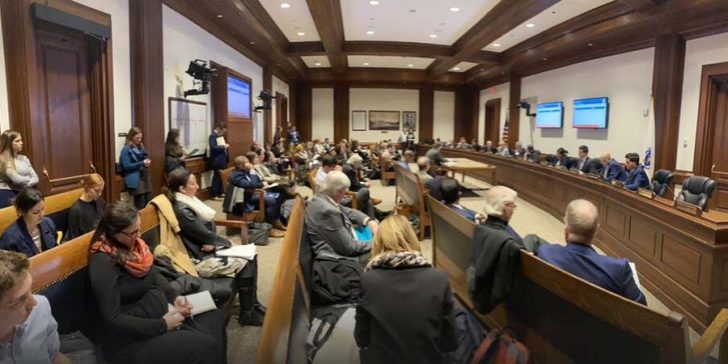 BOSTON – The Massachusetts Senate is set to debate the legalization and regulation of sports betting on Thursday via a bill that passed favorably through the Senate Ways and Means Committee last Friday.

However, finally legalizing sports betting in Massachusetts may be an uphill battle, as the Senate’s sports betting bill, S.269, differs significantly from the House’s version, H.3993. H.3993 passed a House vote overwhelmingly – by a 156-3 vote – last July.

One of the primary differences between the House and Senate sports betting bills is that the Senate version calls for a complete ban on college sports betting, something Massachusetts House Speaker Ron Mariano said would likely be a dealbreaker last summer.

According to Mariano, a complete ban on betting on college sports would cost Massachusetts at least $25 million in yearly revenue.

“I find myself having a tough time trying to justify going through all of this to not include probably the main driver of betting in the commonwealth,” said Mariano of the prospects of leaving college sports betting out of a sports betting bill last summer.

Under the House version, retail sportsbooks would be taxed at 12.5% with mobile sportsbooks subject to a 15% tax rate.

The Senate and House bills also differ on licensing guidelines. Under the Senate bill, nine mobile sportsbooks would be granted licensure.

Under the House bill, that number climbs to 11. Moreover, under the House version of the bill, each mobile sportsbook license would run through one of Massachusetts’ three casinos, potentially leading to access fees.

As a result, industry experts believe that Massachusetts casino operators will back the House bill.

If the Senate version passes this week, the legislature would have a few months to compromise and send a bill to Governor Charlie Baker, who has long been a vocal supporter of sports betting.

If that happens, Massachusetts could have legal sports betting in place at some point in 2023.