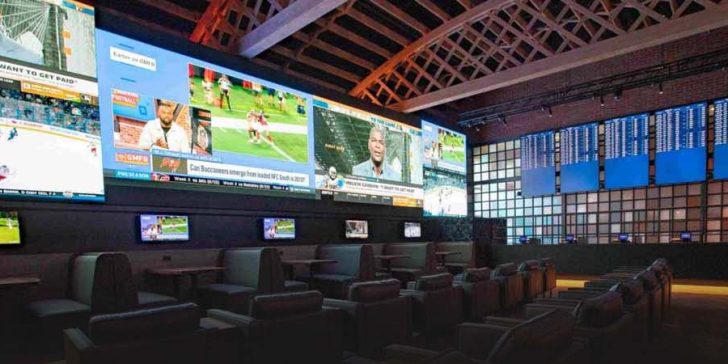 NEW YORK – With another month passing of revenue reports in New York City, FanDuel is still on top, nowhere close to their competition, taking 47% of the total bets for all eight sportsbooks during the month of June.

Per the latest New York Report, FanDuel is also responsible for almost 90% of the total revenue generated.

In this month, FanDuel brought in a total handle of $124,900,488 compared to DraftKings having the second highest June handle at $65,637,855. DraftKings was also the only other operator to have made over a million dollars in revenue.

However, the only winners seem to be FanDuel and the New York State Gaming Commission.

FanDuel is making it more difficult for sportsbooks to operate in New York due to the 51% tax rate.

This tax rate – one of the only two states (Rhode Island) that have a percentage rate of 51 – was agreed upon any interested operators when the market opened up but these operators have since requested a lower tax.

These sportsbook operators have also requested that New York change how they tax promotional play. That money is being taxed and given to the state, even if the bonus money never leaves the operators hands.

Still, the New York government is incentivized to keep the sports betting market in motion, having received $272 million since January 2022. With an upward projection, Governor Kathy Hochul even raised the budget allocation from $496 million to $615 million by March 2023.

These online books would have a better reason to put their effort into the New Jersey market, where they are not directing 51% of revenue to the New York Gaming Commission on whatever handle FanDuel leaves behind.

The most popular sports betting operators like DraftKings, BetMGM, and Caesars are in both New York and New Jersey.

Each sportsbook had to put down $25 million to enter the New York market. These sportsbooks can turn a profit much quicker from the New Jersey mobile sports betting market, with an online sports betting tax rate of 13% and an initial licensing fee of $100,000 and an annual $125,000 renewal.

New York and New Jersey are fighting for the majority of the same sports betting individuals and New Jersey did not necessarily take a hit when New York launched.

Even though New York should see a boost in total handle for the start of the NFL season, New Jersey could take the upper hand. With the New York Giants and Jets stadium located in New Jersey, a large portion of those Sunday game day bets could be given back to NJ.

As the revenue reports have shown and mobile sportsbook operators have complained, it is going to be difficult for the New York sports betting market to continue to grow, without some type of change in the current system, fueled by the highest tax rate in the USA.