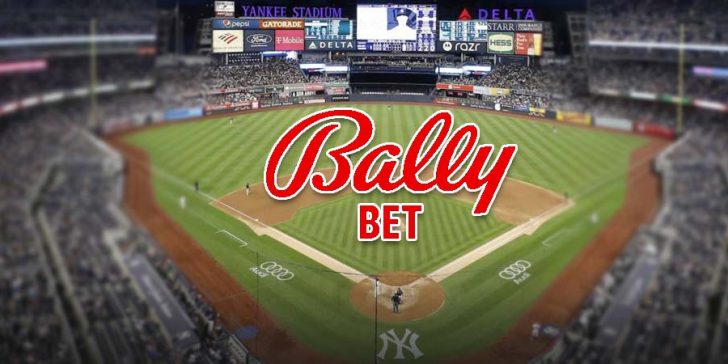 The New York Yankees have secured their fourth sports betting operator partnership and this time with Bally Bet.
Bally officially launched in the NY market on July 6th and already has a deal with the +350 World Series favorite team.

Advertisements for Bally and their newly acquired DFS company Money Knife Fight could be seen on Monday night in Yankee Stadium through lit-up rotating panels.

With the Yankees currently tied with the Los Angeles Dodgers to win the world series at +350, there is no better team for sportsbook operators to submerge themselves into the New York betting scene.

Also, there is value in representing a historic team that has the current MVP favorite with Aaron Judge having 43 total home runs and -475 odds.

Bally Bet was slightly late to the New York betting party, launching their online sportsbook on July 6, six months after NY was officially ready and regulated for sportsbooks in the state. Not wanting to start on the wrong foot, Bally was improving their mobile platforms and app to the 2.0 version before launching in NY.

This New York Yankees partnership allows the sportsbook to ease its way into the very competitive and costly market, that charges a 51% rate.

Bally was not only late to the market, but they are also the fourth sportsbook operator to strike up non-exclusive sports betting deal through the Yankees owner, Randy Levine.

With its headquarters in New York, FanDuel was the first partner with the Yankees through DFS and was quick to secure a full partnership after the NY market was officially regulated.

However, DraftKing’s partnership with the Yankees resulted in an exclusive Legend Suite ticket holder sports betting lounge, that is pending the approval of betting kiosks from the state. The ability to use kiosks has not yet been passed, after failing last year.