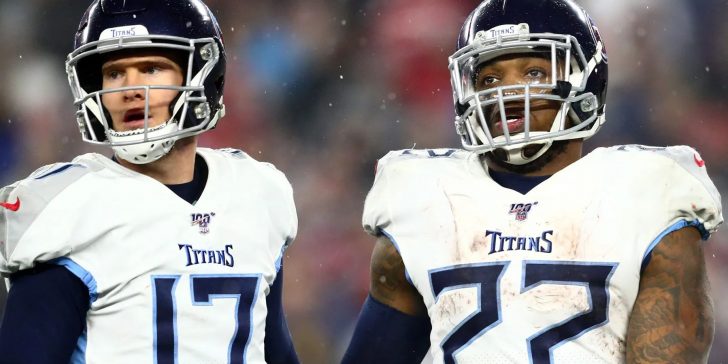 TOP 5 TEAMS THAT PLAYED ABOVE OR BELOW EXPECTATION IN 2021

We are closer to the regular season starting than previous years with this piece, but that doesn’t hinder our ability to find value as we delve into the 2022 NFL season. Every summer we take a trip down memory lane and analyze the previous season through numerous lenses. This specific article focuses on the Pythagorean Expectation Test, a mathematical equation incorporating turnover margin to help provide more accuracy assessing a team’s performance from the prior season. This practice plays a minor role in what is required to gain an edge in the NFL future market, specifically win totals, where your money is tied up for a minimum of six months.  Looking at strength of schedule, coaching changes, roster construction, injuries, and pricing weekly money lines to arrive at accurate numbers for the regular season are required to intelligently invest in season long markets.

Identifying each team’s point differential and turnover margin, we use the Pythagorean Expectation formula to arrive at a win number. That win number more accurately depicts the strength of each team.  Most teams play relatively close to their Pythag number, while others greatly over or under performed the previous season.

The regular season win total that still yields enough value to make an investment is the Tennessee Titans. If you’re a Nashville native or a die hard Titans fan, you may want to stop reading now.

Starting with what the Pythag informed us about Tennessee’s performance last season, the Titans finished 5th most over-achieving, finishing as the #1 seed in the AFC with a 12-5 record.  Including turnover margin, the Titans appeared closer to a 10 win team (10.11 to be exact).  Tennessee continues to be a one-score juggernaut in games, going 13-4 the last two seasons combined and a whopping 6-1 last year in games decided by 3 points or less.  Mike Vrabel deserves credit for navigating the injury bug throughout the season. Tennessee also had the most impressive 4-week stretch of victories of any team last season beating Buffalo, Kansas City, Indianapolis, and the LA Rams (two of which were on the road).

So what about this season? What leads me towards betting UNDER 9.5 (-135) or better on the Tennessee Titans?  Let’s start with the 12th toughest schedule of opponents, which includes a brutal run from Weeks 9-13 where the Titans travel to Kansas City, Green Bay, Philadelphia while hosting Denver and Cincinnati.  All 5 opponents have a win total higher than 9.5.  Additional road games at Buffalo, Indianapolis, and the Chargers perfectly depict why the Titans project to face a fringe Top 10 schedule of opponents which includes a Top 3 schedule of opposing offenses.  That will be a drastic change from last season where the Titans faced the 7th easiest schedule of passing offenses.  Tennessee exceeded expectations in high-leverage areas both offensively and defensively like the red zone, where the Titans ranked 9th and 4th respectively.

Looking at the Titans offense, there are plenty of questions after key off-season departures.  Gone is A.J. Brown, Julio Jones, Rodger Saffold, Kendall Lamm, and David Quessenberry.  The offensive line depth is poor and both Ryan Tannehill and Derrick Henry appear to an expiring prime window.  Henry ranked 31st in yards created per touch, a metric quantifying yards gained on carries and receptions past what is blocked. Another concern with Tennessee is offensive coordinator Todd Downing.  He failed to make necessary adjustments with his scheme and game plans last season as injuries and quarterback performance dwindled. With a less talented group this season, specifically at the receiver position where Robert Woods is returning from a torn ACL and Treylon Burks has struggled through camp, we project a dip in offensive efficiency.