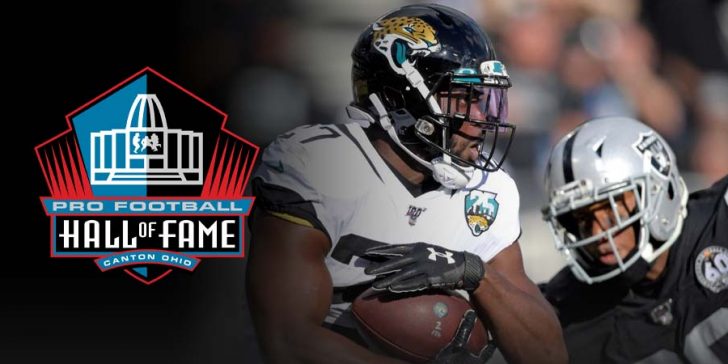 Derek Carr has -125 odds for his first throw to be over 7.5 yards.
Christian Kirk’s odds to have his first completion under 10.5 yards is at -125.
Travis Etienne’s first rushing attempt total is set at 3.5 yards.

CANTON, Ohio – The NFL preseason is less than one week away and while the game lines for this matchup between the Las Vegas Raiders and Jacksonville Jaguars have been up, player props have begun to flood in.

While it is hard to gauge player props being starters they do not play the whole game, online sportsbooks list totals for how long their first yardage will be for all of the different positions.

Starting with Derek Carr, he has plenty of explosive weapons to throw to including Darren Waller, Hunter Renfrow, and newly acquired, Davante Adams – each of which have the ability to make big plays at any given moment. It is hard seeing the Raiders coaching staff having anything else in mind other than a deep play for the first passing attempt of the game.

As for Trevor Lawrence, he and the Jags are in a different situation as they have a slightly new offense to get accustomed to. They have a new WR1 in Christian Kirk, Travis Etienne will be getting his first reps as the RB1, and a new offensive line.

Something to point out is that this will be the first time that Lawrence and Etienne take the field together since their college days at Clemson. That said, Lawrence could look to get Etienne involved early on with a screen pass to get the ball rolling.

The Hall of Fame Game will be just a glimpse of what is to come of Davante Adams this season. Adams is known for his deep threat ability and rarely comes up with any receptions under 10 yards.

That said, taking the over here is a no-brainer.

Not only will this be Christian Kirk’s first time suiting up for the Jags, but also his  first as the WR1 in his career. Knowing this, Doug Pederson and the coaching staff will likely want to ease in Kirk to this new offense with a short and safe pass rather than throw a deep ball.

The running backs in this one could certainly steal the spotlight being that Josh Jacobs is one of the above-average backs in the game.

Jacobs is favored to go over his 3.5-yard total being that this is a more seasoned offense going up a fairly young and new defensive line.

Travis Etienne, on the other hand, couldn’t have asked for a tougher defensive unit to go up against with Chandler Jones and Maxx Crosby on the other side. This is also a new offensive line that the Jags have put together which doesn’t help Etienne’s case to go over 3.5 yards on his first rushing attempt at all.