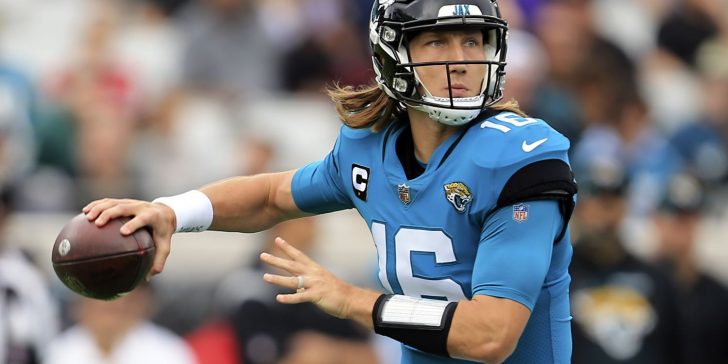 Find Out What NFL Week 2 Line Will Move

Market Moves is back for another season now that we have a data point. The premise of this article is to point educated readers towards one or more games that should move as NFL Sunday approaches.  We will tackle an AFC South game for NFL Week 2 where first place is on the line in Jacksonville. Head coaches Frank Reich and Doug Pederson reunite, with each searching for their first victory of the season.

With both teams off disappointing openers we look towards the Jacksonville Jaguars to rebound. Let’s start with the number. The Indianapolis Colts were installed 4-point favorites on the look-ahead line. Despite what we saw Week 1, there was almost no movement on the opener.

Professional bettors were buyers of both the Colts and Jaguars this summer investing in futures and win totals. Jacksonville was one of the larger buy-on teams heading into the 2022 season.  Professional bettors liked the Jaguars for the first half and full game Week 1 against the Commanders. Errant throws from Trevor Lawrence and crucial drops moved those bets into the red ledger unfortunately. That does provide opportunity for us this week. Jacksonville made five red zone trips but only capitalized with touchdowns twice against Washington.

Jacksonville exceeded expectation running the ball, finishing 2nd in rush efficiency and 7th in yards per rush before contact. Trevor Lawrence had poor moments but he finished with a positive completion percentage above expectation. Lawrence connected early and often with Christian Kirk dominating the slot to the tune of 2.9 yards per route run.

The Jaguars injury report is extremely positive too, they are the lone team without a player on it. Their counterpart Colts cannot say the same.  Indianapolis starting receiver Alec Pierce is dealing with concussion symptoms. Defensive tackle DeForest Buckner and cornerback Kenny Moore have been limited with hip injuries. Standout wide receiver Michael Pittman is battling a quad issue. The weather forecast is not favorable for a Midewest team accustomed to playing indoors. 81% humidity is projected for kickoff in Jacksonville and that could lead to fatigue for Indianapolis.

The Colts played better than the final score indicated Week 1; winning the NET EPA battle against Houston. Matt Ryan had multiple passes dropped and receivers not named Michael Pittman struggled to create separation. The Colts defense was poor with leader Shaquille Leonard injured but he could return this week. Indianapolis traded for Yannick Ngakoue this off-season to help create pressure, but the Colts finished 28th in pass rush win rate last week.

It is still early and one data point means very little but there are clear signs of Jacksonville’s improvement. I expect other bettors to realize this and when they do, Jacksonville +4 will be gone before kickoff.