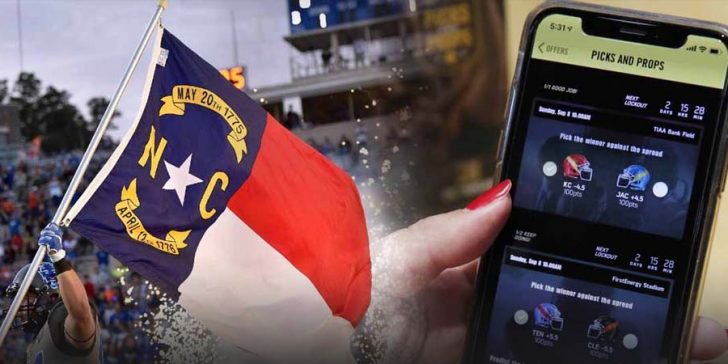 RALEIGH, N.C. — North Carolina went another year without regulating mobile sportsbooks and local teams have begun voicing their support on the issue.

With NC’s long storied sports culture and history, the Tar Heel State is missing out on potential millions annually without a regulated mobile market.

With support from the Governor and local teams, its possible North Carolina lawmakers will be able to work things out and launch mobile betting.

Sports betting in North Carolina is currently only available at two local tribal casinos. These two options are simply not enough for North Carolina.

Local teams want expanded betting because of the added revenue that they would benefit from. These teams believe they are being left behind compared to other markets.

“Compared to a lot of teams, we’re already way behind,” said  Don Waddell, Carolina Hurricanes general manager. “We can’t compete with all the Canadian cities, the New Yorks, Bostons. We can’t continue to fall further behind. As revenues go up in the league overall, the cap goes up. But if our revenues don’t increase, now that 50-50 split starts to tilt the other way. For us, it might be 60% going to the players, only 40% going to us.”

Legislation in SB 688 would have granted local teams their own betting licenses in the way Arizona and Ohio host similar practices.

The bill ultimately failed on a 51-50 vote in the House back in June 2022. The public support from local teams could swat lawmakers for next year’s legislative session to complete regulations.

The main thing mobile stopping betting from advancing is college sports betting. Some lawmakers are against all college betting while others won’t vote in favor of a bill that doesn’t allow for some college betting.

Most states have restrictions on college betting, so having this be the major hold-up is unprecedented with so many examples to choose from.

Lawmakers should spend the next few months working out these details before presenting another sport betting bill to ultimately fail.

How Much Money Is NC Losing Out On?

NC’s gambling market has an economic impact of $1.76 billion and a tax impact/tribal revenue share of $225.3 million according to the American Gaming Association. This is all without hosting mobile sports betting.

NC is neighbors to Virginia and Tennessee both host mobile betting and many local bettors cross state lines to wager.

Tennessee sees over $100 million wagered every month with $375 million being its betting peak since launch. Sportsbooks see tens of millions in revenue with the state collecting over $4 million on a monthly basis in taxes.

Virginia is one of the biggest betting markets in the US, seeing over $5.3 billion bet on sports since betting went live in 2021.

North Carolina has more sports teams and a more storied sports history than both these markets. NC also has a bigger population with over 10 million residents compared to 8 million in Virginia and 6.7 million in Tennessee.

North Carolina could be bigger than both these betting markets should lawmakers launch regulated mobile sportsbooks. The Tar Heel State is missing out on potentially over $100 million in annual GGR from sports betting.