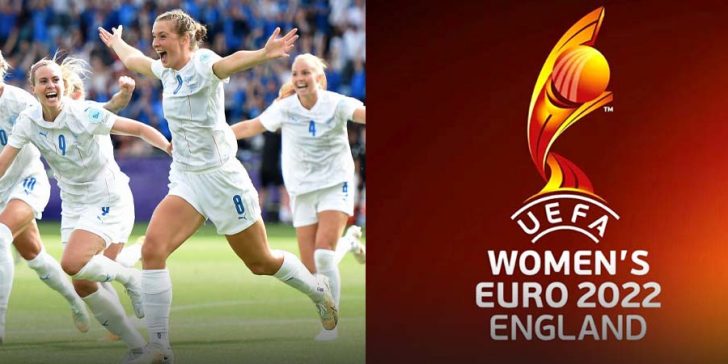 LONDON – The UEFA Women’s Euro 2022 Championship is headed into its Semi-Final round and England remains favored to win their first UEFA gold medal.

England In The Drivers Seat

England has dominated, scoring eight goals against Norway in Matchday 2 and holding the Norwegians to zero goals. They followed this up by winning 5-0 in Matchday 3 against Northern Ireland and then went 2-1 against Spain in the Quarterfinals.

England has put up the most goals of any team in the tournament thus far. England facing Sweden should be an easy win as Sweden is the weakest of the final four teams competing.

Sweden has the longest sports betting odds to win the Championship at +550 and the matchup with England ending in a draw has shorter odds than Sweden actually managing to win.

This could be due to how each team performed in the quarter-finals. England battled back from being down 0-1 against Spain and powering forward in the last six minutes to dominate behind Ella Toone and Georgie Stanway’s massive game-winner.

Meanwhile, Sweden struggled against Belgium, scoring their first goal at the 92-minute mark with this being their 33rd shot attempt of the game. Linda Sembrant was the closer for this matchup.

Of the 33 shot attempts, only eight of them were on target.

With the firepower displayed by England throughout this tournament, Sweden cannot afford to spend the entire game scoreless and expect to win.

Additionally, only Filippa Angeldahl of Sweden has scored more than one goal in the tournament, a testament noted by many in the soccer world.

“England will be very happy with what they’ve seen tonight because Sweden don’t look clinical in front of goal – I wasn’t impressed with the creativity and the dimensions up front,” said Kelly Smith, former England forward. “It’s just not clicking for them.”

Germany Looking For A Return

Germany has the most gold medals in the Women’s UEFA Euro Championships with eight and actually won six in a row before the Netherlands ended their streak during the last Championships in 2017.

Germany has held every team they have faced since Matchday 1 scoreless. Germany is sitting with the best defensive record as well as the second-best PPDA in the tournament. Their defense has allowed them to face very few shots with most shots being off target.

France, meanwhile, is also a strong defensive team, suffocating the reining champion Netherlands in the quarterfinals. France did fail to score in regulation, however, and many of their misses were due to wasteful finishing.

Against a defense like Germany, France cannot afford to waste opportunities if they aim to go to the Championship Match.