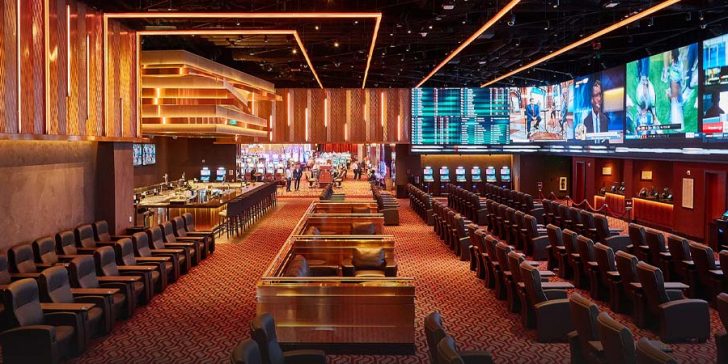 HARRISBURG, Pa. – Pennsylvania’s sportsbooks had another solid month in March, according to a new report released by the Pennsylvania Gaming Control Board.

In March, sportsbooks in Pennsylvania handled a combined $714.96 million in wagers, up over $100 million from February’s total handle of $597 million.

March also marked the fifth time in the last six months that Pennsylvania’s monthly sports betting handle surpassed $700 million, according to data in the report.

From a sports betting revenue standpoint, Pennsylvania brought in $48.51 million in March, more than doubling their February mark of $22.16 million.

The increased revenue figure coincided with a drop in promotional spending, falling from $22.6 million in February to $18.1 million in March.

Pennsylvania’s sportsbooks contributed $10.33 million in state taxes and a bit over $608,000 in local taxes in March.

The Pennsylvania sportsbook operator to report the largest sports betting handle in March was the Valley Forge Casino, with $269.05 million in wagers handled.