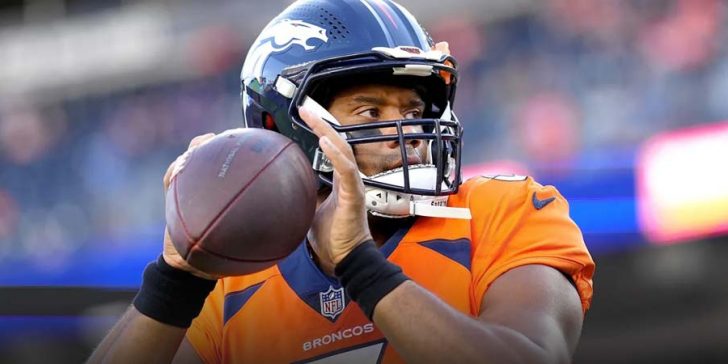 Based on Week One performances, the Denver Broncos and Houston Texans game may be closer than sports betting sites anticipate. A closer game makes it more likely that Russell Wilson goes over his 244.5 passing yards prop bet and over his 1.5 passing touchdown prop as well.
Russell Wilson will see an increase in usage against a Houston Texans defense that has shown that they will give up passing statistics to veteran quarterbacks. Combined with Wilson’s history against the team, trends support betting on the over for Wilson’s player props.

DENVER – Legal sports betting sites are offering prop betting odds on how Russell Wilson will perform on Sunday when his Denver Broncos host the Houston Texans.

Betting on the over for Wilson’s passing yards and passing touchdowns prop bets are seemingly excellent options for those looking to bet on Mr. Unlimited’s home opener as a Bronco.

NFL sportsbooks have made the Broncos ten-point favorites against the Texans, but both team’s Week One performances point to this being a closer game that may result in more passing attempts for Wilson than originally thought:

Denver Bronco’s Week One: In a primetime matchup to open the season, the Broncos were six-point favorites when they faced the Seattle Seahawks. Denver not only failed to cover the spread, but they lost outright despite -270 odds to win the game.
Houston Texan’s Week One: Houston may not have won their Week One contest against the Indianapolis Colts but they did not lose it either, as they tied their AFC South rivals despite entering the game a seven-point underdog.

The Texans have a history of playing up to their opponent’s level through one week of the NFL season, while Denver showed a propensity to play down to their competition. Those trends may not bode well for the Broncos long term, but they do suggest the game may be closer than sportsbooks imply, meaning Russell Wilson should have plenty of opportunities to pass the ball and clear his player props.

Outside of game theory suggesting the over is likely for both Russell Wilson’s touchdowns and passing yards, multiple trends based on Wilson himself and both teams back up the idea of betting the over:

Russell Wilson against the Texans: In Wilson’s entire career, he has played the Houston Texans three times. In his two most recent games against the team, Wilson threw for 452 yards and four touchdowns and 260 yards and two touchdowns respectively. Both numbers easily clear their respective prop bet. The lone game he did not have enough passing touchdowns are yards to hit this week’s over was in 2013, his second year in the league.
Houston’s defense: Week One saw a veteran quarterback playing in his first season with a new team throw for 352 yards against the Texans’ defense. That quarterback, Matt Ryan, went 32/52 with 352 yards, one touchdown, and one interception. Outside of Ryan’s passing yards, the key statistic is his attempts, as the Colts may have shown the Broncos that passing the ball can be done fairly easily against the Texans.
Letting Russ cook: Russell Wilson attempted 42 passes in the Bronco’s Week One loss. After years of playing in the Seahawk’s offense that did not have him throw the ball all that often, his number of attempts proves he will have ample opportunities to reach his player prop totals. That was Wilson’s 10th time attempting at least 42 passes in a game throughout his career. In those ten games, he has averaged 331.1 yards and 2.5 touchdown passes.

The combination of a closer game than anticipated and trends supporting Russell Wilson as a high-volume passer, betting on the over for Russell Wilson’s yards and touchdowns in Week Two may offer an excellent way to gain a leg up on legal sportsbooks.