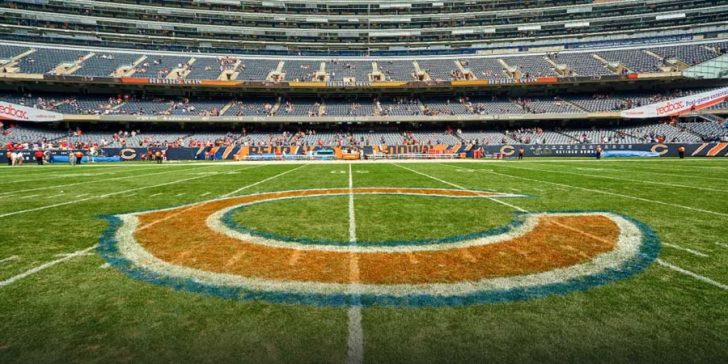 The Pittsburgh Steelers stadium, Heinz Field, saw a name change to Acrisure Stadium.
Soldier Field, home of the Chicago Bears, has +130 odds to change their name next.
There are +600 odds on the Cincinnati Bengals Stadium, Paul Brown Stadium, changing their name next.

CHICAGO – In what was shocking news, Heinz Field, the home of the Pittsburgh Steelers went through a name change this week to Acrisure Stadium after the team and their Heinz sponsor could not agree on a new naming rights deal.

Following this news, oddsmakers were quick to act on which team they thought would be next in selling their naming rights to their stadium. Sitting with the shortest odds on the odds board are the Chicago Bears who currently play in Soldier Field.

Next Team To Sell Their Naming Rights And Change Stadium Name

The Bears are listed with the shortest odds being that the team and the city of Chicago are in a disagreement on the renovations of Soldier Field. City officials in the Windy City have explored adding a dome to the top of Soldier Field in which the Chicago Bears quickly shot down.

The Bears have also stated that they would move about 40 minutes north of the city to Arlington Park. If the city were to go through with those renovations anyways, they would need to sell the naming rights to the stadium in order to raise the funds to do so.

The Cincinnati Bengals currently play in Paul Brown Stadium which is named after the family that was a crucial part in not only founding the Bengals, but also the owners. However, it has been rumored that this stadium is in need of desperate updates.

To be exact, it was calculated that exactly $491.8 million would be needed to upgrade the stadium in the future.

On the current agreement between the Bengals and the city of Cincinnati, there are barely any mentions of plans to upgrade which would put them in a similar situation as the Bears to sell their naming rights to do so.

Teams Not At Risk

Despite their second shortest odds of having their stadiums renamed, the Carolina Panthers and Jacksonville Jaguars did recently see renovations to their stadiums. The Panthers had some upgrades that were even debuted in March 2022. As for the Jags, their naming rights agreement with TIAA Bank Stadium was just finalized three years ago meaning their deal is still in place for some time.

With the longest NFL betting odds on the odds board, Lambeau Field, the home of the Green Bay Packers has nothing to worry about. The president and CEO of the team, Mark Murphy, assured that the team would never sell its naming rights. The naming rights for the stadium have never been sold, but naming rights were sold to the eight main gates surrounding the stadium.