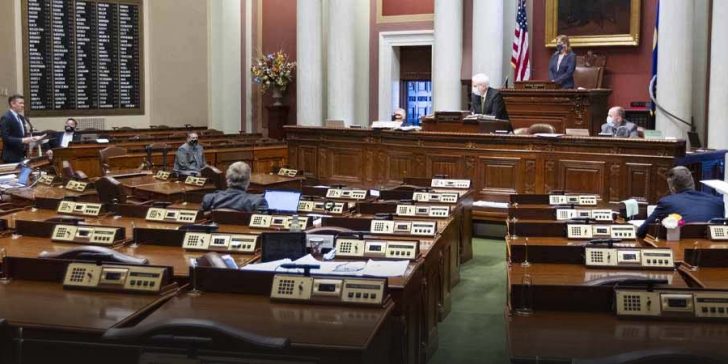 Minnesota’s legislative session ended Monday and the sports betting bill did not pass.
HF 778 passed in the House of Representatives but saw little support in the Senate.
House Rep. Patrick Garofalo tweeted his frustration on the likely outcome over the weekend.

ST. PAUL, Minn. – Local Minnesotans will have to wait at least another year for sports betting to launch as HF 778 failed to pass before Monday’s session deadline.

While the bill was successful in the House of Representatives, many expected the bill to fail in Senate as there was little support.

With the session coming to a close, the issue will not be raised again until 2023. Many have expressed frustration with the failure to launch local sports betting in Minnesota.

If you support legalized sports gambling in MN, please be sure to thank those members who tried to pass it.

Lots of finger pointing going on regarding it failing. All I will say is I know the full story and anyone trying to make this partisan is full of shit.

Why The Senate Opposes The Bill

The Minnesota Senate spent the weekend discussing other pressing matters and did not focus on legal sports betting. This was likely due to the Senate not being in support of the bill.

HF 778 failed to garner much support in the Senate as the bill sets sports betting exclusively for the 11 local tribes.

The Senate Finance Committee amended the bill, including two racetracks being allowed to offer sports betting. This is in stark contention with the bill approved in the House.

The Minnesota Indian Gaming Association (MIGA) is adamantly opposed to this amendment, voicing support for the original bill and opposition to the Senate amendments.

“Therefore, nine of the ten MIGA tribes offer their full and active support for the current version of HF778, while one member of the Association does not,” read MIGA’s letter to the Senate. “If amended by the A-22 amendment, which expands commercial gaming, all ten MIGA tribes would then oppose the legislation.”

Senate Majority Leader Jeremy Miller has expressed that the no House bill will pass in the Senate of sports betting is only limited to local tribes.

What Is Next For Minnesota Betting?

With the session being over, lawmakers will have to wait until 2023 to revisit the issue. In the meantime, some form of common ground will have to be set.