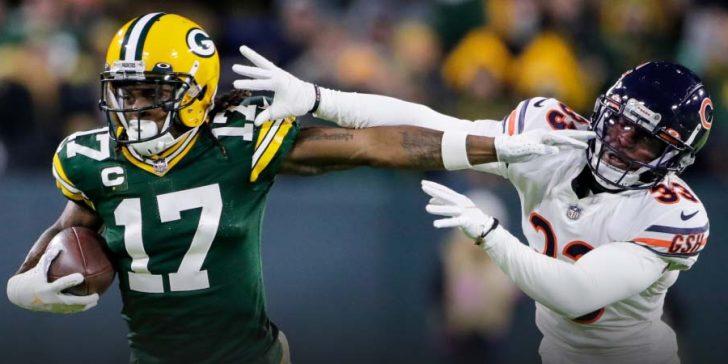 The packers are 10-point favorites over the Bears for week 2 Sunday Night Football in Green Bay and have -500 odds to get the win in primetime.
The packers have gone 17-3 SU against the Bears since 2012 and covered the spread in 15 of those 20-games played.
Since the 2014 season, the Bears have been underdogs of 10 points or more in seven total games and have lost all of them and only covered the spread in two.

GREEN BAY, Wis. – The Packers are hosting the Bear for Sunday Night Football during the second week of the 2022 NFL season and the Packers are 10-point favorites. Green Bay has been 10-point or more favorites over the Bears three times since the 2011 season and won all three and covered in the last two.

The Packers were -11.5 favorites on two games during the 2021 season and covered in both of these games against the Lions and the Bears. The Packers were also the favorites to beat the Vikings in week 1 and had a -2.5 spread to cover.

The Packer failed to cover in week 1, while the Bears covered the +6.5 spread as the underdog against the San Francisco 49ers. Even though the Packers had a rough start to the 2021 season, online sites with legal sports betting  are expecting Aaron Rodgers to have a revenge game, similar to the 2021 season.

After losing by 35 points in the first week of the 2021 season, the Packers beat the Lions by 18 points in Green Bay in week 2 and went on to win their next seven straight games. The Packers have also done well ATS after a loss, going 3-1 during the 2021 season.

Over in Chicago, the Bears have been 10 or more-point underdogs in the regular season seven times since 2014. They lost all seven of those games and only covered the spread in two of them.

The Bears also struggled ATS after a win in 2021, with a record of 2-4 in those games. After a divisional loss in Minnesota, the Packers are historically a lock to cover in week 2 at sites with legal NFL betting against the Bears team that went 6-11 SU and ATS during the 2021 season.

For prop betting on the game, Bovada sportsbook has a special bet for the Packers winning and Aaron Rodgers tweeting “I Still Own You” after the game ends.