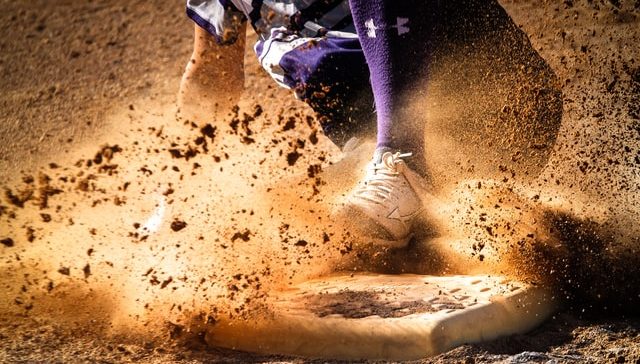 Top ranked NCAA Division I team in the country to host postseason Regionals at Lindsey Nelson Stadium in Knoxville starting this Friday.

With an overall record of 53 wins and 7 losses (25-5 SEC), the Tennessee Volunteers men’s baseball team will enter the NCAA postseason ranked as the #1 team in the country.

The Volunteers defeated the Florida Gators this past weekend by a score of 8-5 to claim their first SEC baseball championship since the mid 1990s, and will now pit their current eight-game winnings streak against the Alabama State Hornets this Friday night at Lindsey Nelson Stadium in Knoxville.

The Georgia Tech Yellow Jackets (34-22, 16-6 ACC) and the Campbell Camels (40-17, 20-3 Big South) will play each other in the other Knoxville regional semifinal game this weekend.

All four regional teams in Knoxville (Tennessee, Alabama State, Campbell, and Georgia Tech) will be competing in a double-elimination format tournament, with the winner advancing to a best-of-three Super Regional matchup leading up to the 2022 College World Series in Omaha.

The Volunteers’ season so far has been a dream for in-state proposition bettors as well as those who placed real money straight bets on Tennessee to win in each of their 60 regular season games. What’s more, the University of Tennessee men’s baseball team eclipsed their single season home run record this year by hitting 141 pitches out of the park – led by senior infielder Trey Lipscomb of Maryland who had 21 of those knocks to go along with a .357 batting average.

However, Vandy (36-21, 14-16 SEC) will have to overcome the San Diego Toreros, New Mexico State Aggies, and the #3 ranked Oregon State Beavers in Corvallis in order to advance further.

Last year’s CWS champions, the Mississippi State Bulldogs, did not qualify for the postseason after posting a dismal 9-21 SEC record. Thus, a new College World Series winner will be crowned in mid-June.

The Memphis Grizzlies were ousted from the 2022 NBA playoffs earlier this month, after being defeated by the Golden State Warriors in the Western Conference semifinals.

Golden State overcame the Dallas Mavericks (who outplayed the Phoenix Suns in their own semifinal matchup), which means the Warriors will now go on to play the Boston Celtics in the 2022 NBA Finals to determine an outright champion.

Last year’s NBA champions – the Milwaukee Bucks – were eliminated by the Celtics in Game 7 of their Eastern Conference semifinal series.

Tip-off between the Celtics and Warriors will take place this Thursday night at Chase Center in San Francisco.

Legal Tennessee sportsbook apps are already taking real money wagers from customers as of May 31st. The only requirements for new customers who wish to participate in the TN online sportsbook market are that (a) they must be physically located within the Volunteer State when placing online bets, and (b) they must be at least 21 years old.

Browse through our TNBets Sportsbook Bonus Page to find a deal that’s right for you, and get in on all the action during this year’s NBA Finals and College Baseball postseason.

That number represents about a 20% decrease from March 2022 figures – yet TN sportsbooks earned a slightly higher profit margin for April, which resulted in $4.65 million in taxes going to state coffers.

The next significant boost to Tennessee sports betting handle numbers could come in early September, when both the NCAA and NFL will begin their regular season. The Titans will open their 2022 NFL campaign at Nissan Stadium against the New York Giants on Sunday, September 11th, 2022.

Meanwhile, the Tennessee Volunteers will begin their 2022 bid for a national football championship at Neyland Stadium against the Ball State Cardinals on September 1st..

The Volunteers will then take on the Pittsburgh Panthers at Heinz Field on Saturday, September 10th for their “Week 2” matchup.

How Can I Place Real Money Wagers Legally In Tennessee?

As long as you are 21-or-older, and are physically located in Tennessee when placing bets, you can sign-up for a new, legal Tennessee online sportsbook account from the convenience of your mobile device or personal computer.

Due to the Volunteer State’s unique regulatory setup, the state currently offers an “online only” service to sports bettors who wish to try their luck while residing in (or visiting) Tennessee.

Legal online sportsbooks in Tennessee also offer a number of incentives – including bonuses and first-time deposit promotions – for new customers who sign up and register for a verified account through TNBets.

Due to Tennessee’s legal regulation of online sportsbooks, deposits and withdrawals are made easy for new customers who are ready to place real money bets online.