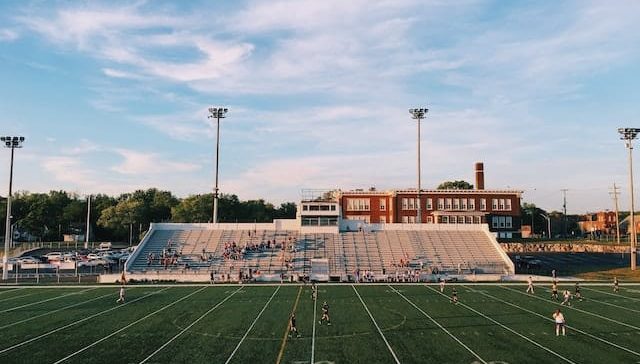 Over the weekend, Vanderbilt traveled to Honolulu and ran all over the Rainbow Warriors in a 63-10 blowout victory in which the Commodores accrued over 400 rushing yards on 42 carries.

Vandy led the game 21-10 at halftime but then surged with a 35-point 3rd quarter while holding Hawaii scoreless in the second half.

FanDuel Sportsbook Tennessee had the Commodores favored by only 8.5 in their point spread. Bettors who placed wagers online for Vanderbilt to cover were also treated to the team easily surpassing the “Over” mark of 54.5 total points on their own.

With the win, the Commodores begin their 2022 NCAA regular season with a 1-0 record. They will now return to Vanderbilt Stadium in Nashville to take on the Elon Phoenix (from North Carolina) on Saturday, September 3rd, at 6:00pm local time.

Tennessee mobile sportsbook apps will be accepting wagers on the contest early this coming week.

The Tennessee Volunteers open their 2022 NCAA football season at Neyland Stadium in Knoxville this Thursday night (September 1st) against the Ball State Cardinals.

WynnBet Sportsbook TN has the Volunteers favored to beat the Muncie, Indiana squad by 34 points with the Over/Under hovering around 68 points for the contest.

The moneyline for a Tennessee victory this Thursday is roughly -7000.

Both Tennessee And Vanderbilt Will Face Alabama This Season

Vanderbilt will get a crack at the #1 ranked college football team in the nation this September when they visit Tuscaloosa to take on the SEC powerhouse Alabama Crimson Tide, led by living legend head coach Nick Saban.

The Tennessee Volunteers will host Alabama on October 15th at Neyland Stadium.

Both teams will attempt to upset the Crimson Tide’s expectations of capturing a national championship this year.

A large amount of college football bettors will have their sights focused on The Horseshoe in Columbus, Ohio, this Saturday night for the Week 1 showdown between the (#2) Ohio State Buckeyes and the (#5) Notre Dame Fighting Irish.

Despite both teams being ranked in the Top 5 (according to the Associated Press Poll), the Fighting Irish will visit Ohio State as 17-point underdogs, with a +600 wager available for an outright victory on the Caesars TN Mobile Sportsbook App.

Kickoff for the nationally televised game is set for 6:30 pm Central Time. The game will be broadcast in its entirety on ABC.com.

All teams ranked in the NCAA Top 10 will be in action this week, so legal sports betting action in select jurisdictions throughout the country is expected to receive a significant boost as a result.

In September of 2021, legal Tennessee online sports bets exceeded $257 million, according to official records. However, the total TN sports betting handle for the month of September 2022 could very easily surpass that amount.

Remember, Tennessee residents and visitors can place real money wagers online for NCAA football games across the country this coming week. The only requirements are that you are at least 21 years old and physically located within the Volunteer State when placing a bet.

If you would like to try out legal online sports betting in Tennessee, consult our TNBets registration page for exclusive offers that are available for first-time customers who create a verified new account through us.